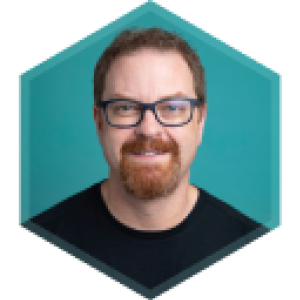 Nobody wants to ship insecure applications. But with application security practices that lag behind frequent deployments (or are just non-existent), apps are shipped to production without ensuring that they are free of security bugs.

Bring application security visibility to your engineering team by surfacing results from your AppSec scans in Slack.

Security is shifting left and modern engineering teams are taking control over the security of their applications. Here are the best ways to get going:

Engineering teams should be focused on preventing two types of security bugs: security bugs they added into the code and security bugs that are pulled in via dependencies. Both types of bugs are easy to introduce. Simple mistakes in the code your team writes can leave your app open to SQL injections, cross site scripting, and more. Or, you may have used a popular open source framework that has an exploitable vulnerability. Even the most seasoned developers will inadvertently introduce these bugs to their apps.

To find these bugs, you should use both types of application security testing:

Historically, these types of security tests have been packaged together in complex enterprise security platforms that are built for security teams. As security shifts left, however, a new breed of tooling has been created that allows developers to take ownership over the security of their application. Obvious bias here, but we believe that StackHawk is the tool of choice for dynamic testing. For static testing, some modern options include Snyk, Dependabot, or SonarQube.

While learning secure development practices is always a good idea, automated checks for security bugs is the only scalable and consistent way to ensure that these bugs don’t hit production. If you don’t already have it, you should add Dynamic Application Security Testing (testing for bugs in the code you wrote) and Static Application Security Testing (testing for dependency vulnerabilities) into your build pipeline.

Upon merge, your build pipeline will spin up your application for a dynamic security test while at the same time checking for vulnerabilities in your dependencies. At first, many companies set these as non-blocking steps in their build pipeline prior to configuring blocking criteria.

One of the best ways to start on this journey is to push your pipeline application security checks into Slack. This brings visibility to the entire engineering team. When they see a scan with a new critical security bug, they can jump into StackHawk or a similar tool for details on the bug and how to fix it. In our experience, developers care about shipping quality code and will quickly address issues when they hit.

In StackHawk, developers can see the details of the bug, the request / response payloads, and links to documentation on recommended steps to fix. With this, bugs can be fixed quickly after they are introduced by any engineer on the team. While a developer is still in context of the code they just pushed, the cost of a fix is often quite small. With the Slack integration, your team can check for new bugs once a pipeline scan completes and quickly triage any bugs that are found.