What is SQL Injection? 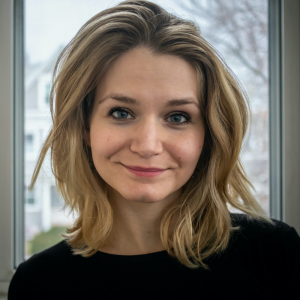 Learn about types of SQL Injection with examples. Plus, learn the best ways to prevent SQL Injection attacks in your application.

SQL injections are one of the most common attack vectors used by attackers. In fact, as recently as 2019, SQL injections (SQLi) represented nearly two-thirds of all web application attacks. These numbers are staggering, and even more so when put into context. Despite SQLi’s reign as one of the top 10 CVE vulnerabilities since 2003, it has only begun to pick up pace and popularity in the past few years; just two years prior to 2019, SQLi only accounted for 44% of web application attacks. This growth shows how important it is to add automated security testing to your DevOps pipeline so that these bugs are caught before they hit production.

Let’s break down this bug class and how to avoid it.

What is a SQL injection?

A SQL injection is a web application attack where the attacker “injects” SQL statements that will manipulate or access application data, whether it be sensitive or public. These attacks leverage areas in web applications that ask for user input. If user inputs in an app are not sanitized properly, an attacker can use a SQL injection to gain access to the associated app datastore.

Attackers commonly use SQL injections to infiltrate web applications through user input. This includes form fills for usernames, user IDs, first and last names, and more. If you do not sanitize these inputs before accepting them or make strong use of parameterized SQL statements, an attacker can pass SQL statements through that input that unknowingly run on your database.

For example, say you are taking the input of a user ID in from a user. When your application fetches information about a user, the URL may look something like this:

They enter their user ID, you take in their input, use it to find their information in your database, and display their data for them.

But, consider this: instead of inputting their user ID, they input what can be interpreted as a SQL query. For example:

If you take their input as-is, without sanitizing, this will result in a SQL query like:

Since 1=1 is always true, this will return every data field for all users. This is a classic example of a SQL injection.

It’s important to note that this is the output the database is designed to give for this type of query. In this instance, the attacker is not looking to break the application you’ve made…just use what’s already available to access things they shouldn’t. When developing an application, try to consider what things might be accessible that shouldn’t be, and then implement ways to prevent that access from happening.

What types of SQL injection are there?

When an attacker initiates a SQL injection from the same place used to gather the output of the injection, it’s known as an In-band SQLi. This is one of the most common types of SQLi attacks, and it is often separated into Error-based SQLi and Union-based SQLi.

Example of an Error-based SQLi

Consider a situation where you have left error logging on with your web application, which is now in production. In order to gather information about your database, the attacker modifies the user input with something they know will return an error.

Which will throw an error because of the extraneous tick mark at the end. If error logging is on, the error is then presented to the attacker:

The attacker now knows that the web application is vulnerable to Error-based SQLi, and can take advantage of this by invoking more informative error messages that give information about the database.

To prevent this, error logging should be disabled in a live web application, or it should output to a restricted file.

A Union-based SQLi uses the UNION operator to output additional data into a single result, typically to the already-visible table in the web application. In order to successfully execute a Union-based SQLi, the attacker must have information about the database like the table name, number of columns in the query, and data type. This is because, in order for a UNION to succeed, the SELECT queries being unioned must:

One way this reconnaissance data can be gathered is through an Error-based SQLi when error logging is enabled. Information gathered from error logs may give enough information for an attacker to understand the size of the table and the data types used.

Example of a Union-based SQLi

Consider a situation where the attacker has managed to gather information about the size of the table, the data type in use, and the name of a second table, names.

This will result in the SQL query:

Blind SQLi are very similar to In-Band SQLi, with one difference: responses from the web application do not output the results of the query or database errors. Basically, the web application developer suppresses error messages from the database, making it more difficult for attackers to use SQL injections. However, this does not solve the problem of SQL injections. Attackers can still use Blind SQLi, which come in two forms: Content-based Blind SQLi and Time-based Blind SQLi.

Content-based Blind SQLi uses queries for conditional responses instead of data outputs.  These SQL queries ask the database true or false questions so the attacker can evaluate the output and determine if a web application is vulnerable. This can be extremely tedious, so attackers will sometimes automate these attacks.

Example of a Content-based Blind SQLi

Back to our cool app example. Consider a situation where you have taken some precautions and do not show outputs from query results or database errors. In order to gather reconnaissance about your database, the attacker injects queries hoping for the system to return false.

This returns true and outputs the data for user with id 42.

Example of a Time-based Blind SQLi

Consider again a situation where you have taken some precautions to prevent outputs from query results to the database or database errors. In order to gather reconnaissance about your database, the attacker can attempt to affect the database with the SLEEP() function.

If the database has a slow response, this means the query was executed successfully and that the attacker is able to execute SQL queries on the database. From there, the attacker can use other Blind SQL injection techniques to gather additional information about the database.

How to Write Secure Code that Prevents SQL Injections

The best way to prevent SQL injections is to sanitize your database inputs. Any type of user input should be assessed, similar to how you might check that a new registrant gave you a legitimate email address instead of a random string. Validate user input on the server-side, not just the client-side, of your application. Client-side validation can make it more difficult for an attacker to alter user input, but there are many tools that allow attackers to bypass client-side validation when necessary.

The easiest way to sanitize user inputs before they are added to your database is to disallow content using a regular expression.

For example, say you want to have a user input and want to only allow letters, numbers, and spaces. The regex may look something like this:

This regex will allow alphanumeric characters and spaces. By comparing the input you are receiving with this, you can identify and stop any other characters from being accepted. Using regular expressions is just one example of how to sanitize inputs, and it’s important to take additional precautions alongside this, like the ones listed below.

The principle of least privilege limits access for users based only on what privileges they need. For example, a user for a web application may not need access to an entire database. Instead, grant users access to the tables they need to reduce the potential impact of misuse.

Storing sensitive data must be handled differently than storing public data. Sensitive data should only be stored if necessary for the application, and it should be encrypted. Take extra precautions with sensitive data that you wouldn’t necessarily take with public data to ensure your users privacy.

Automate Testing for SQL Injection in the Build Pipeline

While blogs like this and security training for the engineering team are helpful, the best way to avoid SQL injection vulnerabilities in your application is to automate testing in the pipeline. We built StackHawk to help engineering teams find and fix security bugs like SQL injections and more, but there are also many other tools out there depending on your use case. Bottom line, use automation to help ensure you ship code that is free from security bugs.

You're on the waitlist!

We can’t wait to get you started with StackHawk. Please complete this 3 minute survey to help us ensure we will be a good fit for your needs.
Complete the onboarding survey
Read the Docs
Follow Us On Twitter

Join the early access program and use StackHawk for free.