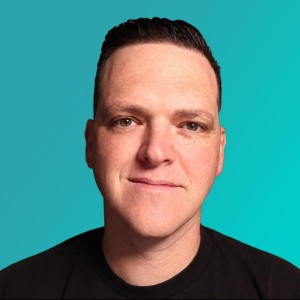 Today's engineering teams can use security testing tools to assess serverless applications for vulnerabilities during development.

The rise of the Serverless Application Architecture allows organizations to focus on building valuable features while offloading the work of provisioning and scaling hardware to their cloud computing providers.

As you add more functionality to an application, the attack surface increases. Just like with other automated tests, it is important to keep your test coverage high. Every API path and corresponding compute function could potentially expose a security related mistake. Modern security testing tools can be used to assess the application for security related bugs during development and before production traffic is sent to new features and functionality.

There are a few common types of security tests you can run on your serverless applications:

It’s a good idea to add a tool that implements each of these test types in your application codebase, ideally in an automated fashion that runs during development and before you release code.

This type of testing finds bugs that attackers are most likely to exploit. The tools in this category basically send exploit payloads at a running application and measure the response to determine if the exploit was successful or not. Historically, these types of tests were run on production servers, but for obvious reasons it is better to do these exploits in development or CI/CD where they won’t do any harm to your applications.

You can set up automated dynamic application security tests using a GitHub Action and the OWASP ZAP tool, or with a product like StackHawk.

The most lightweight and popular SAST tools are language specific linters and simple pattern matching scripts that leverage regular expressions.

For linters, many JavaScript projects use the ESLint project and its ecosystem of plugins to automatically test for security best practices and common mistakes. Some teams write simple regular expressions and scan the code using grep during development and before release.

There are some open source tools that take the idea of linters and pattern matching to the next level. For example, Semgrep is a fast static analysis tool that enforces coding standards and detects common security bugs.

Scanning your Lambda functions with tools like ESLint, grep, or Semgrep will allow you to detect all types of security vulnerabilities, such as: Cross-Site Scripting, SQL Injection, Server-side Request Forgery, and many other common security bugs.

You can automate these types of tests by adding a GitHub Action that runs on each pull request.

If you are using third-party libraries in your application (…you probably are), then you should run a software composition analysis tool to make sure that you’re not bringing in any security bugs via your dependencies. The JavaScript ecosystem has npm audit which is open source and uses a database of known vulnerabilities to check for issues in the libraries you are using in your code base.

You can scan the dependencies of your serverless application by running individual tools like npm audit, OWASP Dependency-Check, or Snyk.

It is easy to automate software composition analysis tests with GitHub Actions. You can run this type of test on interval, pull request, or every branch push.

One of the challenges when running scans against any API is tuning the scan to increase coverage. A major advantage of serverless applications that use Amazon’s API Gateway is that it is possible to export the entire API path documentation as an OpenAPI specification.

You can use the OpenAPI specification file to configure dynamic applications security scanners, such as OWASP ZAP or a more developer focused tool like StackHawk. In StackHawk, for example, you can simply add the OpenAPI spec to the configuration file. Then, when the scanner starts, it will automatically test the API endpoints on your serverless application.

→ If you’re interested in reading more, check out the StackHawk Docs.

The results generated by scanners like StackHawk’s can be used to break builds or alert developers to issues that should be fixed before a release is made. If a finding is found, it is simple to reproduce with a cURL command generator, equipping anyone on the development team to debug and fix the vulnerability.

After you configure these automatic security tests to run alongside the rest of your code’s tests, you will have a new level of assurance about the security of the code you are shipping to production. In the future, and as new developers join the team, the best practices for secure coding will be built into the applications tests. Any regressions will be caught quickly and automatically.

Getting started with serverless security testing is easy, with many open source projects and free tools available. We’re biased, but we think the best place to start is a free account with StackHawk. Sign up today or reach out to us at support@stackhawk.com if you have any questions.